I have been a 15 year hive sufferer and have had it mostly under control with good diet, but the past year I have been getting hives on my hands and indigestion and reflux. Reflux so bad last year, I’d vomit, then the acid would make my tongue swell and face hive out.
Anyone suffer from indigestion/reflux and get hives? I feel like I have started to see a correlation between evening indigestion and next day hives on hands. Plus a little on my neck and ears which is all really itchy.
Thought it could be caused by garlic but didn’t have any last night. But I did have turmeric, tomatoes and olives. 🤔 I take turmeric tablets most days any way for joints so I don’t think it is that, plus turmeric is meant to help hives through immunity. And I have had tomatoes at lunch time with no indigestion â€¦ so who knows. Maybe Green tea?? Had that too. Just trying to be really diligent with taking Apple cider vinegar before meals and take mylanta before bed. I don’t take any medication for hives and haven’t since my early twenties. For me, it is gut health. When I haven’t been eating clean, I hive out. And try have a cleanse to flush out my system which helps. Medication is never going to fix you if you gut is not in order. I recently started taking Vit D for pressure urticaria which I think has been helping from when I do yoga and zinc for healing, plus I was low. And I take a really good Vit C every morning.

Julie Miller I was wondering about indigestion as I have notice a correlation between it and my hives starting .. I thought tomatoes was high in histamine so could be that .. I’m hoping to come of antihistamines too but still getting break out every morning which thankfully isn’t itchy at all and goes by midday .it’s a weird and confusing ailment that sends you mad second guessing

Amy Flaherty I have reflux also. Not sure if they’re related, but I have both

Annette Scarton Topolewski If I take a Pepcid Ac in the morning then one in the evening, it helps 100% with the indigestion. I also carry a water bottle with me for when it gets intense in my throat it seems to help with the discomfort and pain.

Jillian MB I had the worst ever heartburn reflux back in June! A week later I broke out in hives first time ever in my life! They did not go away for 6 months and the days the hives (head to toe) where the worst where the days I had horrible reflux! Started xolair in December and I haven’t had heartburn since and it god rid of my hives the same day

Aimée Grenfell Jillian MB any side effects you’ve noticed? My doctor offered it to me and I just need to make up my mind

Charity Hertzler almost 20 year sufferer here. I was told by my doctor that your gut produces histamine. It’s a different kind of histimane that say what Claritin blocks. I believe that Claritin is an H1 blocker. Zantac is an H2 blocker and counteracts the histimanes produced in the gut ie. when you have the acid reflux feeling. My doctor has me on both. Sorry I can’t explain better but you can research it online. There is a direct correlation. Good luck..

Aimée Grenfell Charity Hertzler I am on both as well for the hives!

Barbara Hanna I have taken meds for Reflux for about 30 years. I now take 2 OTC Nexium. My reflux was discovered because I was choking on my food. My hives are under control with antihistamines and histamine blockers. That won’t help everyone because I don’t think we all have the same underlying problems.

JB Biggar Barbara Hanna I have been on prilosec 40 mg for 30 years. I have Barrett’s Esophagus . I now take two pepcid also. I don’t thank we do either.

Stephanie Germer I also have hives and reflux. Trying to heal my gut. Histamine intolerance according to my naturopath but the root cause is still being determined. Almost had them for 1 year this coming March. The struggle is real. I only take one antihistamine for the hives. But if I skip a day, the hives are back the next morning.

Rebecca Ibrom Stephanie Germer my reflux = hives issue is about a year too!

Rebecca Ibrom This has been a really helpful threat! All the over the counter H2 blockers are recalled in NZ, so will have to go to my dr. In the meantime, heavy on the probiotics and mylanta.

Jordan Chambers Mold. Indoor air quality is recorded to be in some cases worse then being down town in a major city. I had hive for 4 years no one could figure it out. So many doctors and testing and diet changes. Laundry detergent changes and the the ceiling fell in there had been a slow leak in the ceiling. Hidden black mold and cold temperatures (high ac) were my major cause of hives for 4 years

Jevias Chimana Ummmm I can relate well here. Had hives since 2002 Dec gut issues too, although not diagnosed, we are in a third world country (Zimbabwe). However, what really helped me a lot was an immune booster supplement. The breakouts have been suppressed for more than two years now.

JB Biggar Jevias Chimana which one did you use?

Jacque Line Tomatoes kill me 😢 hives all over 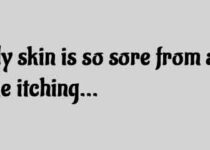