Anyone here get diagnosed with dyshidrotic eczema? My son has struggled with hives and skin issues since May. First they said it was an allergic reaction we started allergy meds. Then they said it was hand foot and mouth. And now they say it is dyshidrotuc eczema because of how long he’s had it with sweating in the areas of the blisters and his white palms and feet. My son is missable:(

Janet Anderson Fuller I have had sever chronic idopatic Urticaria since February 2018. I was hospitalized with them several times with medication and XOLAIR shot they were some what controlled. June 26, 2019 I broke out in blisters feet, toes knees, hands, face, hands and chest. Had several biopsy’s and more bloodwork still no answers, I have had every test, medication and different doctor’s. They have ideas of what it could be, blistering immune issues, lupus all kinds of things. But no real answers.. Its frustrating and scary, I have wonderful doctors but still no real answers, we can just treat the symptoms.. Until more test are done.. They are sending me To Washington University in State Louis, MO. Three hours from my home to a doctor that specializes in blistering/ hives/auto immune issues…these blisters are very painful. I would rather have then normal hives… Even though they are As bad as they are. Hanging in there.. This is how they started

Sarah Ihrer It’s horrible. My son already deals with so much other medical stuff it’s one thing after another. He has level 2 autism so his communication isn’t like a typical developing child. He hardly sleeps anymore. He wakes up and I’ve found blood spots in his bed from him itching himself so much.

Janet Anderson Fuller Sarah Ihrer so sorry for your son and family. that’s so horrible for a little one to deal with and go though.. I’ll keep him in my thoughts and prayers.. And you as his mother, it has to be heartbreaking and very draining on you.. Stay strong.. And God bless you.. You can’t stop them from itching in there sleep and I have tried everything to stop from itching.. I can’t imagine what it like for your little one.. Hugs

Mel Mack yes i’ve had it. i used an ointment called erephrat (something like that) (elurophrat? )(elephrat?). I get it if I have excessive amounts of pineapple and also other times that I haven’t notices a pattern.

Shannon Fisher Wohler My son had dishydrotic eczema for several years. One day it just went away. Weird I’m hoping the same for your son. 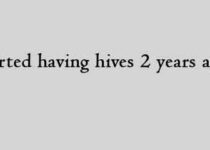