This is how my little one has been suffering the last few days. This has been the result of a fever and he is not sleeping as he is so uncomfortable. All the usual creams and medicines have not worked at all this time, except for bringing his skin temperature down very briefly. I’ve tried Cetirizine, menthol cream, aloe gel, hydrocortisone, Aveeno moisturisers/cleansers and washes and Eurax. Could anyone give me any more suggestions as to what I could use?

ASHLEY HOOD BREED If the fever is causing this could you use Tylenol or Motrin to bring down the fever. Maybe be a shot in the dark but it might be worth trying.

DEBORAH MURPHY I have been using regular paracetamol on top of all of this just to try and control the fever. Its just so hard to keep his skin cool as due to a birth defect hes unable to sweat. My doctors have been so unhelpful, even refusing my request to see a skin specialist. I am literally looking for anything cream based that could help in the slightest because he is so uncomfortable.

ASHLEY HOOD BREED So sorry to hear. I hope you find something that works

DEBORAH MURPHY Barbara Holmes I think there is one around here I will check them out, thankyou. He’d usually have a cool bath with e45 bath milk or Aveeno wash but I’ve had no luck at all. Luckily his temperature has gone down a quite a bit today so his rash seems to have turned into mostly smaller, wider spread spots. Been having to use sensitive baby wipes and copious amounts of cream to try and keep him cool between baths and during the night, mostly just leaving a thick layer on his skin and not massaging it in as the cooling effect is giving him some comfort. I’m going to buy him some cooler bedding today and a cool mat that was suggested to sleep on and hopefully, fingers crossed, we will have a better night tonight.

CHRISTIANA REES Biofreeze for me . Hope he feels better soon

NICKY LE ROUX Nooo!! Poor baby!!! Why so many years living this nightmare kills me to see the kids have it too

GEORGINA FOAT I know its not chicken pox but i’ve read that a cup full of rolled oats in a sock, tied over the tap while the bath filed can be very soothing on the skin also a couple of drops of lavender and tea tree to the filled bath as both are antiviral and antibacterial. Or a cup of Bicarbonate of Soda in the bath can be good for itching however…. bicarb has got a high PH, which can create a breeding ground for bacteria! 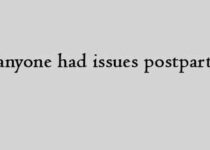 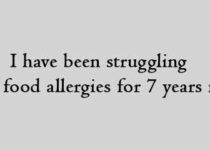