Been dealing with hives for about 7 weeks now. I just started waking up every morning with hives on my legs and here and there they have been worse and then better and so on.
Two days ago they have been the worst and they are everywhere on my body. My eyes started to swell yesterday and the inside of my mouth and lips. I know that you can’t tell much from a picture but could these be hives from Grass Pollen or Hay Fever?
Only reason I’m thinking it might be that is because the Hay Fever count in my area is extremely high the last two days. Also that Hay Fever apparently starts in May and that was the month the hives stared. The allergist did blood tests but I can’t see him against until the end of the month so just trying to see if anyone has any input. Thanks!

Heidy Belle Over the counter try Xyzal, Zyrtec. Check if the doctor can prescribe you Prednisone for a short period of time and Xolair. Use fragrance and dye free products.

Heather Stephanie Price Heidy Belle Thanks I’m on the prednisone now but the amount didn’t seem to be enough the last few days. Tried both over the counter and they didn’t help. I’m going to ask about Xolair when I see him though. Thank you again!

Heidy Belle Heather Sagan You’re welcome. Also, try to do skin testing to enviromentals and foods. Another prescribe medication that could help is Hydroxizyne.

Dave Dev Could be pollen, could be a million other things…wish you luck in this journey.

Charity Hertzler For me (have had hives for 17 years now) swelling in my mouth and lips is specifically produced by ingesting aspirin, ibuprofen, or any kind of artificial sweeteners like sucralose, aspertame especially. I’m so sorry I feel ya. Good luck!

Jessica Anderson Charity Hertzler have they ever gone away? I honestly don’t think I’ll be alive in 17 years if this doesn’t end at some point. It’s been a year and a half… I can’t take much more.

Charity Hertzler Well in my case, after about 3 years of these I decided to start journaling everything that I ate and drank, or ingested. Thru doing this I was able to narrow down several things that trigger them or aggravate and make them worse. But specifically the things I stated above we’re what cause the swelling in my mouth/lips/eyes/throat. The hives themselves for me are triggered by mostly preservatives and artificial sweeteners. There can be things in your environment too, like animal allergies, for example pet dander…some people get them from heat. There is a myriad of causes. Like the ones on your face, I get those sometimes (had one beside my eye yesterday for example). They can be controlled thru medication so that is the good news. This group is a really great resource. Even after having these 17 years I have learned so much from others. Also, after I learned several, but not all, my triggers thru journaling, I now only have short stints or flares of them from time to time. See your doctor when it’s time..medicine has come so far since I started getting them. Good luck! 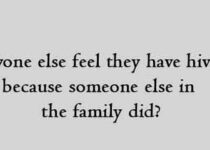 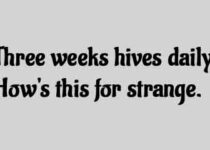