This is a long post, but I hope it helps at least one person.

Does anyone use ECOS? I generally use Seventh Generation and Arm and Hammer (free and clear) and have had no issues However, I opted to try this brand because it is free and clear and supposed to be great for people with allergies. I have allergies. Well, I’ve been constantly breaking out in hives (out of the ordinary) for months. I’ve been in and out of the hospital. I’ve been on some of the strongest meds. My physician asked if I had recently switched detergents, of course the answer was yes, but I had been “using it for months” so that couldn’t be it. Plus it is hypoallergenic so I know it’s not the issue.

I went on a journey to rule things out. I basically washed everything to start fresh and new. I stopped eating basically everything (re-introduced one food at a time) to rule out new food allergies. I got worse. I was like on fire everyday. One day I went out and bought a new set of clothing to test and some different detergent. I wore the clothes, my skin didn’t burn as much, but I would still get hives when going from room to room and laying in the bed. I had a thought. I rewashed everything that had been washed in Ecos one room at a time, including my bedding. Things started to get better. I re-washed all of my towels, then I was even better. I would still break out by just entering rooms that had any residue of this detergent. I literally had to wash any and everything in the entire house that been washed with this detergent, as I have airborne allergies to this stuff. I’m sure I was unable to wash everything, as some clothes items were hard to pinpoint.

I would even flare up when I went into the laundry room, which at some point I had to remove the almost empty container. I can not believe that I have been suffering so much due to this stuff. It was so bad that if people laid on the couch (with clothes on washed with this stuff) and I sat on the couch shortly after I would break out. Thankfully, I’m all better now.

I guess the moral of the story .. Just because it’s allergy free doesn’t mean that you can’t be allergic.

JORDAN ELSE We found that with many detergents. We have been using method free and clear for a year and a half now with no issues.

MARY ANN DEGLOPPER QUIROZ I broke out in hives with the All free detergent but only the PODS one will do it , the liquid I am fine with

EMILY KAHORA LADD I make my own detergent and since switching to just that have had less issues tolerating clothes. I also stopped fabric softener all together

JORDAN CHAMBERS I went through a very similar thing for years… to the point I hand washed everything I felt so neurotic until my ceiling finally fell in and it was hidden mold that was created from a slow leak in pipes and ease the landlord kept the temperature pretty cold in the apartments that was the cause of my hives.
I still have them but since I moved they are 100 times better and dealable with gf diet and economic laundry no perfumes and scents… and finally no meds. As the meds eventually start to break your system down. And create new symptoms. I thought it was the detergent for years it wasn’t. I eben cleaned with clr/ vinegar the washer in my kitchen that i thought cold also be the issue, because of the hives and lack of sleep I was starting to go crazy trying to figure out what it was…. enviromental pfft… so if I were you I would try to hit reset with ur brain and go stay somewhere else for a few days…. when I did I would clear up.
So j knew something at home was making me loose my mind. I had to move a few times becuase I am super sensitive now time so enviroment. And can breath cold air and get hives but I know what it is now and I have many ways of dealing through mindfulness and diet change. Stop the meds go stay somewhere else really pay attention to cold air , cold surfaces and the air. Good luck it will get better keep the faith 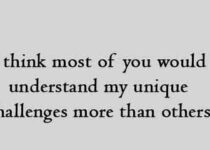 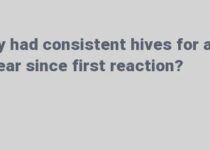