Has anyone ever been prescribed these to ever control their hives? I’m from England and a dermatologist said my hives was the worse she’s seen in years and prescribed me these and I have to go for regular blood test

Jane Derham Benton Yes my daughter had cyclosporin, it is an immunosuppressant. It worked fantastically well for her although she did have side effects and was always suffering from colds/sore throats as it reduces your immune system – not ideal when you work in a school !!! You also have to have fortnightly bloods as it can effect your liver / kidney function. They took her off it to start Xolair as it is not ideal to stay on long term.

Lily Watts How long did they take to work and what were her side effects?

Jane Derham Benton Yes that is how her hands felt, they reduced the dose and that helped a bit. It worked well for her hives and angioedema though and has has no hospital admissions for the 6 months has was on it. Good luck, how long have you been suffering and I can see like my daughter you are not very old

Jane Derham Benton Poor you, it is such a miserable condition. It sounds like you are getting some help now. You could always get referred to an immunologist as well. We have seen both in the past. Did you know of any thing that triggered it, my daughter had Scarlett fever Feb 2016 and had x2 courses of antibiotics which I think was the trigger.

Franca St. Cyr Gravel Xolair should help with both your hives and asthma.

Rosalyn A Jarrett-Davis I use this it worked wonders for me, made my blood pressure go sky high. I had to stop taking it.

Daly Yam Following (I don’t take cyclosporine yet, but may start as xolair isn’t helping..)

Franca St. Cyr Gravel So sorry to hear that the Xolair didn’t help you Daly. I hope you find relief soon.

Ann Morgan i was never offered Xolair , sterriods , high does fexafenadine just weren’t doing it any more and was put straight on cyclosporine xx

Daly Yam In addition to xolair I take highest dose of fexofenadine (180×4), singulair x2, Prednisone 5mgx1 and 2 ketotefen DAILY!! I have hives and leg angiodema every single day, some days 5-10 hives that itch mildly but others covered head to toe. So sick of being sick!! I hope my professor will agree to go on to the cyclosporine. I just need some relief and to get off the steroids too. Put on tons of weight in the past 6 months and my eyesight has gotten so bad plus cataracts and I’m only 47!

Lawa CC I’ve been on these for nearly a year now on a slow taper down. These were a massive game changer for me I was really suffering like you and these stopped my hives and swelling within a week and so far I’ve not had a hive since. I didn’t get any side effects either just make sure you have your monthly blood checks to make sure everything is ok

Lily Watts Are you still on them now or

Lawa CC Yeah Im still on them now, it’s the only thing that worked. I also take a fexofenadine if I have an itchy day but so far still no hives or swelling. I really recommend them, they sometimes get a bad rep but so far the pros far out weighed the cons and risked of the drug. I have my life back again

Lawa CC The only side effect I had was slight heat sensitivity. So my hand and feet would feel really hot if I was washing my hands even if the water was only warm. The consultant said this was quite common and if it bothered me to much he would just lower my dose 25mg. But it was fine it eventually wore off as I tapered down

Deej Sullivan I was prescribed cyclosporine a couple of years ago. Only lasted around 5 days on them, they made me feel more ill than I ever have before and did nothing for my hives. Clearly they help some people though.

Deej Sullivan I seem to react particularly badly to immunosuppressants, hydroxychloroquine had a similar effect on me albeit not quite as severe.
Try and keep in contact with your consultant as much as possible, especially if you think you have an infection.

Ann Morgan everyone is different but for my the prednisolone has given me cascaras in both eyes , find it so hard to lose weight due to them so anything to help me off them is good for me and im only 38 x hope they work for your daughter xx

Beccy Tipton Hi lily, hope your ok I’m from the uk too. I was put on these for the day time and Zantac to help me sleep at night but I felt the pain was so much more intense, like the burning needle sensation multiplied so I stopped taking them. I had a really bad flare up that covered 80% of my body and ended up in hospital. The docs put me on 30mg of prednisone (steroid) for 4 days which helped settle it but the side effects were nuts. Didn’t sleep for the full 4 nights. Since then I haven’t had a major flare and that was 3 weeks ago now. Still getting itchy and burny but no we’re near as bad. Not sure if the prednisone stays in your system for a while or I’m actually improving fingers crossed for the latter 🤞🏻 I hope these meds are working for you flower

Tara Page Good luck. I know there are a few different immunosuppressant drugs out there so if the side effects of one are bad maybe you could try another one. I’m on cellcept and do not have any side effects. I was told it’s easier on the kidneys and liver but who knows. It could just be that way for some. 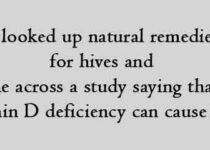