I just want to share some good news. My daughter is really on the mend. I want to give hope not brag. So she first broke out in hives November 25. Her hives were so out of control I was having a mental come apart as a mother. We did one xolair shot in the beginning of January and it helped a lot. At first she had some very bad side effects that had me rush her to the er the same day the shot was given. She was okay and the following day it got way worse the worse it had ever been. I was panicked and thought omg the xolair made it worse how could this be??
Then it started working like magic. She was supposed to have a second xolair shot on Jan 31st the hives stayed away and we did not go forward with it. She is now down to 2 Allegra a day and maybe twice a week has a couple break through hives. Amongst all the blood work tests she did have a very high mycoplasma level. Which is an infection that meant she had walking pneumonia. She had a weird lingering cough for 5 months following a sinus infection. I blamed it on allergies. I was so wrong she was really sick inside I had NO idea.
Mycoplasma can cause uticaria and her rashes matched mycoplasma infection rashes in some photos. So basically if you haven’t had this blood test yet. Ask for it. Maybe something else is really wrong. We treated her with doxycycline and she’s been on the mend ever since. One allergist says she still had ciu and the other thinks this is 100% from the infection.
Either way we’re doing better and I feel like I should share that good news in hopes it may help someone else along their journey with this illness. I’m eternally grateful for every wonderful person who helped me and my daughter from this group. I felt like such a weak parent through this struggle my daughter would catch me sobbing in my bathroom I was so worried. I’m here for other moms as well.

Jude Lemon My daughter started with her first outbreak of urticaria in Dec15 following the flu nasal spray. We thought it was the first breakout of the cold sore virus which I carry. I like you, I became an emotional wreck. I broke down on my ex husband crying that it was my fault, I’d done this to our daughter. The emotions didn’t go away after urticaria was diagnosed as the outbreaks happened every time she had an upper respiratory infection, then one of her worst was when chicken pox was going round at school. Head to toe covered in the rash (not so much on her trunk ever though🤔). She told me her hands & feet felt like they were broken & she couldn’t even hold a pencil without it slipping through her grasp 😔
Touch wood, after giving her a probiotic for a short while & regular citrizine plus immune boost vitamins, we seem to be coming out the other side. She’s recently had a cough which usually triggers a reaction but there was only a very small patch of what could have been on her face which went after a dose of citrizine. I’m always conscious that she will have another outbreak & it seems like my youngest may have pressure urticaria, I’m not as on edge this time as I’m more aware of the condition.
I’m so so glad your daughter is on the mend, it must be such a relief

Melaney Reid Thank you!! I’m happy too. I’m glad to know that I’m not the only mom dealing with it and that we are all capable of having break downs. It was probably my hardest challenge as a parent so far. Nothing compares to wanting to make your child better from an illness. Ok glad i did a lot of my own research and asked for a lot of additional testing. My daughter did get some pressure hives on her feet that seemed to have hurt the most. I hope your youngest doesn’t have that. I started giving my daughter some really good vitamins, probiotics, and cbd water, cbd gummies, and cbd salve topically. Of course it’s the non psychoactive kind that is safe for anyone to use. But I believe that truly helped. It’s really expensive but hey we would do anything for our kids.

Melaney Reid Also if she recently had the cough make sure you ask the doctor if they have checked for mycoplasma. That’s what my daughter had that triggered this whole nightmare. She has a lingering non stop cough not a super bad one just was there all the time.

Jennifer Schluer Ender I’ve been wondering how your sweet girl is doing. Thanks for the update. So glad she is doing better. Big hugs to you!!

Melaney Reid My friend!!! I was going to message you last night too!! It was in the for front of my mind and then I fell asleep.

Jennifer Schluer Ender Such good news! So glad to hear from you! 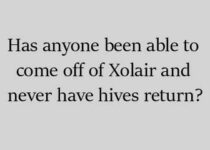