I started having hives around 6 weeks ago. They would come and go. When they came they would last about 20-30 min and then disappear. Different parts of the body at a time. Almost daily. But as of the past couple weeks, it was daily and mostly on my legs.

I took Allegra and it was ok but then it wasn’t lasting as long as I would like so someone recommended Zantac and that did the trick. I went 4 days with no hives and this morning I woke up with them again. Do any of you have hives like mine? I have no idea what it could be. Thank you.

Asli Deniz Genc Look for the trigger. Do the elimination diet and reintroduce certain food groups. Ask your GP to look for inflammation in your body. If I didn’t have my dermatologist who was determined to find the source, I would still have my hives. Despite some other doctors did not believe and only wanted to treat the symptoms, mine was caused by my inverted tonsils. Once they were removed, I was hive free!

Michelle Louvaine Hedley Mine look a bit like yours, I’ve been told I have Dermatographia. Mine came on about 4 weeks ago. I find relief with Zyrtec and Zantac. Had all my bloods checked, no cause found but the came on one week after surgery. My dermatologist feels it’s a stress response. I should mention that initially had a horrendous outbreak of hives that lasted for days, big red wheels but have been left with Dermatographia

Amanda N Eddie Cole Yes, I started breaking out in hives in December for no reason. Finally went and saw an allergist in March. He recommended I take Zyrtec twice a day every 12 hours along with 150 mg of Zantac twice a day. No hives since!

Claudia Malchow Amanda N Eddie Cole Thank you! They looked like this? I haven’t seen the Dr yet I’m worried it might be something bad

Amanda N Eddie Cole Claudia, yes mine would be like dots, to bigger patches or even like hives in lines. They would be random and come and go. Mostly on my legs and arms. Then I started getting them on my ears and face. Sometimes they wouldn’t be bad or some days would have none and then I would have them every day just random. Seemed like night time they were worse.

Claudia Malchow yes! Sometimes I get them on my face and in lines too. And I agree 100 percent they used to happen at night most of the time. Since I take the medicine now it happens in the morning

Amanda N Eddie Cole Yea, at first I didn’t think I had hives but they are all different shapes I have learned. My doctor recommended Zyrtec said that was the best for hives. Try that and Zantac together. Hope you get some relief soon! 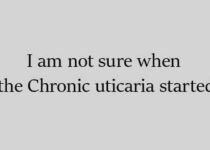