I was a gym rat, and a curvy girl.

My story: I was a gym rat, and a curvy girl. In 1987, at age 28, i noticed first, that I stopped sweating. And peeing regularly. I started breaking out in welts. Started as C-shaped wheals, then circles, always multiple spots, which often connected to become a massive hot/hard hive. I got them everywhere, especially where anything constricted even in the slightest way…bra, socks, shoes, waistbands. Even sitting in the “wrong” kind of chair, I’d get hives where the chair hit me. I couldn’t wear clip-on earrings because it caused my lobes to blow up. If I wanted to pluck my eyebrows, I’d have to do it on a Friday night so the swelling would go down before I had to go back to work on Monday.
I don’t have to tell you all how this changed everything I did. It was embarrassing. You know the pain and itch and lack of relief.
Over the next 9+ years, (and gaining 80 pounds) I saw rheumatologists, allergists, endocrinologists, and more allergists. They each prescribed their cocktail of meds, which only mildly dealt with the symptoms. Antihistamines, steroids, and blah blah blah.
I was desperate. I decided to try one last allergist (Gentlesk in Marlton, NJ). He took me off all meds and had me do a food challenge for a month, recording everything…what I ate, wore, all activities, and incidence of hives. After the month, I brought in the diary, and he noticed that I was getting the most hives premenstrually. Of course, I thought I was dying.
He said he knew who could help me. His friend, Dr. Jerome Check in Marlton, practically across the street, was a reproductive endocrinologist. (This is not going where you think it might be…)
I went to Dr. Check. He ordered me to do a water load test. I drank 10 cups of water in the morning and spent the next five hours upright, measuring my pee every hour. Next day, same thing, only horizontal.
I went back to Check, with my measurements. I was so proud. I couldn’t imagine that this was a test I could fail. He looked at the results and said, “these aren’t abnormal. These are MORBIDLY ABNORMAL.” I should have output 8 cups. I peed 3.
Years before, he had discovered how to treat the condition he called Idiopathic Non-specific Chronic Urticaria. Wtf.
He explained that the hives were caused due to my capillaries being too PERMEABLE. The fluids and toxins were being excreted into my tissue…EXTRA-vascularly, not INTRA. This was exacerbated with gravity…if I was upright.
Okay, what now? He discovered that a low dose — 10mg of Dexedrine, 2x a day. It’s an amphetamine. It’s a controlled substance. In NJ, he could not prescribe “off label.” I had to fill it in PA, which was a pain in the butt. BUT, I was hive-free within two weeks.
The Dexedrine tells your sympathetic nerve system to lessen the permeability of your capillaries. I began to sweat again, I began to pee regularly. And not a single hive. And in a year, lost the 80 pounds.
Please talk to your doctors, stop taking “bandaid” drugs. AND…DON’T give up! 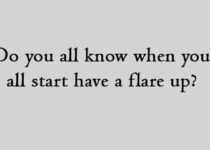