I would not wish these little devils on anyone.

If you are only recently getting hives at night ,itching and burning and dissapear in the morning…
Please listen.i had them for 7 or 8 wks even went to dr. Got a shot and used allegra and it helped a bunch.however they kept appearing just not so bad.if your seeing little black spots on your linens,i urge you to investigate for bed bugs,i was appaled when i found them.i dont know how they got here,but that doesnt matter.the fact is,they were.we had to throw out the bed,sprayed with several gallons of bed bug spray.and our mattresses were fairly new so we bought casings for the box and mattress,they cant get out.weve cleaned all the carpeting ,laundered all curtains,threw clothing into dryer ,heat kills.its been a process for a couple wks but it worked.those little devils come out at night and feed on your blood.and your body heat draws them in.i am indeed embarrased to post this.but even if im able to help a few people it will have been worth it.we do not accept visitors into our home just yet.i wouldnt wish these little devils on anyone.

Anna Camille
I red the first sentence and immediately thought bed bugs lol happened to me while I was pregnant. I thought it was just pregnancy itches as my partner wasnt itching at all.

Stella Brockman
My partner didnt have the same effect either.

Carrie Hill
Scabies is famous for doctors to miss at times too! I know someone who suffered for a year and they discovered it was scabies!

Frankie Sinclair
the first thing I did was check for bed bugs! But I think bed bug bites would have a pin prick in the centre? Sorry to hear you have them though – my worst fear is bed bugs as I just have so much stuff. Nightmare!

Stella Brockman
Frankie Sinclair not so ,they welt up like mosquito bites and or spread out flat if you have allergies to the bites ,which i did.and they dont always affect everyone the same.those lil boogers hide every where,im happy you dont have them.ours are gone

Frankie Sinclair
Stella Brockman lucky you figured it out though! I think some people on here would gladly swap ongoing hives with bed bugs – it’s that bad. But well worth alerting ppl as they are quite common again now. But at the same time not well known!

Azalea Ingalls
We bought something off of Marketplace last summer and ended up getting them. Omg, what a nightmare! My son is allergic to them so he welts up badly from them. So awful. I hope you’re in the clear now!

Uyanda Dyasi
I just killed one now.. I bought a headboard from to the factory and it had them. Found out very late after those things fed through me for months. It’s been 3 weeks since I put the headboard in the other room. I itch a little. Today I felt like decorating my room and bought it back. Found 1 in bed like right now. I’ve been itching all day. M not sure how m going to sleep. I don’t know if the the bed bugs, scabies or what. I also just drank probiotics now. I’m like trying everything.

Stella Brockman
Babs Cirhakazi Ncibane i used allegra,for the itch,if you havent sprayed to kill them ,you still have them,they lay up to 500 eggs and hatch like within 2 wks,so ifvits been in another room untreated, you still have them ,i know alcohol in a spray bottle wi kill them but if there are too many you qill need an exterminator 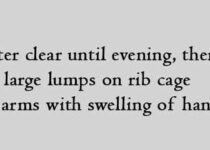