So this is how I got diagnosed officially..I honestly had never heard of this condition until last week. I explained to the dermatologist that you can draw on me..anything you write will show up within a couple of minutes..so he drew this on my back..and like I said a few minutes popped up very clearly. Umm can anyone please give me more information on this condition in laymans terms! Is this considered autoimmune? I have several autoimmune disorders (raynauds, endometriosis and idk if PCOS counts but I have that 2) I’m currently taking zyrtec and singulair and it still isn’t helping. What should I do?

Pablo Fassari Deborah, just curious, what would they look for with a skin biopsy? I don’t think my daughter has had one either.  I’m assuming they would be looking for pathologies such as skin cancer?

Deborah Lee I heard they look to see what type of hive . Mast cells . I had cancer blood tests nothing shows high . I see it in many posts about Biobsys Pablo Fassari does anyone know whAt it shows in the group

Dana McGowan Yep. I have that as well…… It’s called dermographism. So I get regular hives as well as being able to ‘write’ on my skin. Sigh. I treat them both the same with prescription strength antihistamines.


Letrice Alexandria Walton Dana McGowan what type of antihistamines do u use? Do they work? What I’m taking currently isn’t making a difference at all.

Dana McGowan I have tried a variety of different meds (including mild antidepressants to try and suppress the immune system) and none worked (or made me feel incredibly wonky) Currently I am taking Cetirizine 20mg – (I think that’s Zyrtec or Reactine) sometimes 2x daily. It definately doesn’t cure it but keeps it at bay.

Rosie Finigan I also have raynauds, premature ovarian failure as well as dermographisism and regular hives. Thankfully I am on medication that now has suppressed all of it

Letrice Alexandria Walton Some people call raynauds being allergic to the cold..it’s where when you’re in the cold the blood vessels in your extremities (fingers and toes) constrict and you lose circulation..your fingers and toes can turn purple and white

Rosie Finigan I am taking 600mlg daily of ranitidine, as well as 2 cetirizine and also hormone replacement therapy. I am only 32. Premature ovarian failure is like early onset menopause. It is almost always caused by an autoimmune condition but in my case we have not found which condition I have

Deborah Lee I have too much estrogen my levels were 724.0 like I was pregnant in my first trimester I swear these hives are all hormonal . I take 1 Zyrtec at morning with randidine and then randidine at lunch at night I take singular

Kerry Yonushonis I have had this 26 years. It is called dermagraphism. My son was diagnosed last year with it as well. Nothing gets rid of the lines for me or my son, but the antihistimes do reduce the itch a lot. I think the big difference with this condition, vs traditional urticaria, is that we itch with no visible redness, until scratched. As a result, for me, I try very hard not to scratch. It is difficult. Mine feels very much like little bug bites or pin pricks before I scratch. I try very hard to ignore it, but I can feel the tingle at any given time. I cannot be off of antihistimes, or else I am head to toe hives and in serious itchy pain…as in ER trip.

I have had many work ups from some of the best derms/rheum/immunologists and they basically say that there are types based on autoimmune conditions, but mine is idiopathic. My son’s are also idiopathic as well.

Welcome to the club my friend. It isn’t one you want to join, but at least there is support. 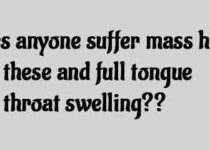