I am very new to this whole hive thing, but my 11 yr old has had hives for about 5 weeks now. He has been tested at the pediatrician office for a food allergy and animal allergies, both came back fine. Next step is an allergist for more in depth stuff. He doesn’t fit into any allergy category that we know of so his case seems to be very tricky. Also, we have had nothing new in the home, in fact we are very low maintenance people. No perfumes, dyes, special soaps, etc. His symptoms are just hives. They itch, but not terribly. They pop up once or twice a day. The good news is they seem to be getting less as time goes on. Hopefully they eventually all go away. Just curious if anyone had any thoughts or ideas.

Barbara Hanna
Sounds like a good plan. I take similar meds and drs seem to think it is histamines. I am allergic to smoke and some weeds and grass. I also have asthma and blowing dirt affects that. My hives are well controlled.

Melanie Redfern Buchanan
Mine was due to a REALLY bad sinus infection that the ENT had to vacuum and irrigate. Once cleaned out, the hives vanished.

Ceri Howell
He could be allergic to histamine. My daughter had this and when they did allergy tests they put histamine on her and that was the only one that came up straight away. She was on 180mg fexofenadine 4 x a day and cut out some high histamine foods. The allergist said let’s get this genie back in the bottle and that was exactly what it did.

Aubrey Stay Earl
Ceri Howell so is your daughter forever on a low histamine diet?

Ceri Howell
Aubrey Stay Earl no it was only suggested so she cut out black pepper, spicy food, caffeine and other foods on the list. Her hives started getting better and she eats what she wants now.

Selena Staples Foster
My husband had this issue for about 2 years. It turns out he was allergic to the metal in his glasses. We only found out because he got new ones and the hives stopped. Really weird situation, but still no hives since the new glasses.

Jamie White
My daughter started at 2 out of nowhere she is now 7. She has been tested for everything and by everyone and no answer. She gets them on and off throughout the day as well. Xolair is supposed to be the biggest med for this but her body fought it off. It took a long time to find something that worked but we do a mixture of meds as well as learning her triggers- for her it’s extreme heat or cold, stress and exercise, of and excitement! Yes changing emotions are a big one for her. She now knows when they are coming on and can tell us so we can give her a breakthrough med. also, ice water works for her as well as cool showers.
Her meds for now are:
Pepcid 10mg twice a day- blocks H-1
Hydroxizine 10mg 4 times a day- blocks H-2
Zyrtec nightly as a 24 hour cover
Claritin for breakthrough during the day
Benadryl for breakthrough at night.
A lot of meds yes but it works.
We tried stopping foods, activity and like I said we have seen pediatrician, allergists, immunologists, rheumatologists, dermatologists, and geneticists. And still no answers but she has learned to deal as much as possible. She says the worse is the itch so I’m glad we have stopped that for now.

Ariel DeNey Rainey
I had this issue and I did a detox of vegan food and no processed food and I also started to drink more water and get more sleep at night. It’s stressed and body fatigue

Sara Bugg
Have your Vitamin D checked. Once they got my levels back up my hives went away.

⁠Iverica McDonough
It took me over a year to figure out what I was allergic to. It takes me 2-3 weeks to flush my system and be hive free. All my test came back negative.
Seems like gluten was my trigger.

Nakedi Mmabatho Makofane
Iverica McDonough what did you flush your system with ?

Iverica McDonough
Nakedi Mmabatho Makofane I usually stop eating everything that has gluten. (I’m still learning) i drink lots of water, lots of veggies and nothing with gluten. It’s not easy but it helps a lot

Kate Bennett
Mine is autoimmune not allergies . I had an immunologist diagnose

Darrah Garcia Adamcik
Kate Bennett so what do you do for that then?

Gerri Boyle
Tests will come back negative if taking any antihistamines!!!

Fances Brutico
This happened to my son last yr for 6 wks. Then one day he got a fever and it all went away. Not sure if it was a coincidence or a virus. No hot hot showers. Soft clothes. Good luck.

⁠Kim O’Donoghue
I can get hives when sick. My last bout with them was last February (I think I may have had Covid but will never know, before it became a thing & no testing, etc. then) but I had a bad chest/respitory infection, lethargy, couldn’t eat for days, lost 9lbs in 4 days, couldn’t get out of bed, etc. etc. Then the hives started! Lasted exactly 7 days. And they were AGGRESSIVE, it was awful. Just know that viruses and infections can cause hives too. I just used a topical for relief, Benedryl at night or when they got really bad, I take Allegra every day normally. I also took Zyrtec during this time and my hives disappeared fast, but then I began to get muscle tremors. I don’t know if that was from the Zyrtec or the fact that I had too much medicine in my body. I also took Pepcid AC on the 6th day of the hives and they were gone the next day and have stayed away, thank God.

Lauren Hilbert
My 13 year old has been like this since he was about 7 years old. No abnormal allergies. He has chronic hives and extreme dermatographia. He literally would just break out in hives for no rhyme or reason… didn’t matter time of day/year. He started Xolair this year and it’s been such a huge help for him!

Jessica Looney-Bates
Sounds just like me!! I’ve had all the allergy testing done, all the food testing done, and all the auto immune testing done…and everything came back NORMAL. This has been going on for over a year now and the things I have found that’s helped are:
2 Claritin and 1 pepcid in the morning
And 2 Claritin, 1 pepcid, and 1 Singulair at night
-Cut down/out sugar
-avoid stress
-free & clear detergent (and NO fabric softners)
up vitamin D intake and start a good fish oil supplement

Glenn Stewart
I feel for him. I was just like that Hope he finds relief.

Leanne Robertson
Hi 👋 my miss 6 has had the same hives just like your son since end of Sept and we can’t find any explanation either. If you search for my recent post in this group you’ll see some photos. Today we saw allergy specialist 2nd visit.
Skin prick allergy positive to grasses. She’s also developed thunderstorm asthma (triggered by pollens in the air) which has settled with Singulair.
We tried antihistamine diet (torture) for 1 1/2 weeks with no improvement. Bloods only showed very mild abnormality – nothing to explain 🤷🏼‍♀️
This urticaria just won’t go away 😞 Antihistamines morning & night keep them away at least!

Denise ‘SunShyn’ Mueller
I had three rounds of hives. The first two lasted 3 months and would do the exact same thing. Several times my face and lips would swell up. Had to go to er a few times. This last time I had them over a month and the last thing dr had me try was elimination diet. I started with wheat and it worked so now I’m gluten free with no hive unless I cheat. Maybe try that to see if it’s it. The next things I was going to eliminate were dairy and egg but did not need to. Good luck. I know the Misery

Leslie Sue Wood
It’s hard not to scratch but for temporary relief a cold pack. You can get a few from Walmart and freeze them. Place a towel between him and the cold pack. It will help with itching. I keep my chronic urticaria “hives” in control with Allegra. I’ve seen two different dermatologist and my MD. One dermatologist places me on 4 Allegra’s a day (180mg). After a couple of weeks I would taper down to 3 a day for a week and then to 2 a day and until I got back to one a day. Like your son I would be covered. The dermatologist told me steroids only suppressed the hive about half way and so they are still there and when you come off of the steroids he hives come back worse. Always speak with your Doctor about anything you read of course. Antibiotics can make a person break out in hives and thousands of other things. I did literally everything there was to try and thank goodness for the dermatologist who had a regimen using Allegra. Google foods or beverages that are high with histamines and stay away from them. Prednisone is one of the worse meds for temp relief and when you come off of it the hives are worse. Hugs

⁠Tina Woodcock
Have you look into his gut health? It’s a vital organ and it’s where allot of stuff goes down for your body. Id look into finding a functioning medicine doctor. They will help you get to the root cause instead of treating symptom after symptom like all your reg docs will do. I wouldn’t want my kids living on all those meds long term. I would also be inclined to get a gastrointestinal map done. It will tell you SO MUCH about what’s going on inside his body 👍

Tina Woodcock
Brenda Aalbers Heeg A GI MAP is basically a poop test (kinda strange but totally worth it). It reveals so much about the body and what’s going on. Try a Google search… Or even better get a FMD who will order that and help your child get better. 🙏

Kris Morrisino Upton
Have him tested for the COVID antibodies and see if he had Covid without knowing. Looks just like mine… 9 months so far.

Charlene Herrmann
Try put him on a low histamine diet. I developed hives out of the blue about 2 years ago. Test after test after test. I saw a GP, dermatologist, homeopath, allegist, the list goes on. I eventually saw an allergist who specialises in hives. He told me to eliminate high histamine foods, which I did. Voila, hives gone. I didn’t completely eliminate those foods, just cut down. If I eat too many foods containing histamine, I start to itch, so I just take Allegra (Fexo 180) and I am fine again. 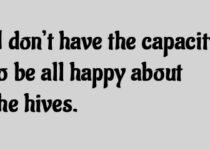