My son is 5years old and has had cycles of a rash for 3 months. It stays for a week then feels rough almost like small scabs at the end of 1 week and goes away. He is intensely it hy during the flareup. He will be rash free for 1-2 weeks then it comes back. He has seen the allergist and been blood tested for allergies all which came back negative. His general IGE is borderline. He is on zyrtec and flonase daily, hydroxizine and benadryl during flare ups. This has been a roller coaster of what 6 drs have thought it could be from scabies (negative), scarlet fever (negative), flea bites (from the allergist at that, what a joke, negative), and now to Urticaria.

Anyone else have urticaria that cycles 1 week on 1 week off? Anyone haven’t where it feels rough at the end of cycles?

We are going back for further testing and requesting blood test (ana and igg) to test for autoimmune issues since they run in the family. Also going to request the addition of singulair.
Photo of end of 1 week cycle in discussion.

Amanda Stine Interesting. Some spots on my daughter also look similar to his. Started in March, we’ve also been to 6 docs, they made some of the same guesses-scabies dermatitis etc. 2 said urticaria but the specialists then said it isn’t so we can’t get anyone to agree or run any further tests to figure it out. My daughter is on prednisone again at the moment but I’m sure they’ll rebound back as soon as the steroid is done. I hope you get some answers and if so, please share and I’ll do the same. So frustrating.

M.E. Neal oh man. It really is tough and as parents its so hard. None of the doctors we have seen can agree either. So for now we are sticking with urticaria and just treating symptoms when he is in a cycle of it. I will let you know if we find anything that works.

Tamara Michelle I get these too along with larger hives. No doubt in my mind it’s urticaria

Melissa Allen That poor baby! This last round mine looked like his and previously never had. I hope he gets relief poor baby

M.E. Neal Thank you. Its kinda reassuring that others with urticaria present in a similar way. Sometimes I feel like I am going crazy trying to figure it out with no help from the doctors. Every time it seems a bit different in where it starts and how it looks. But it always looks like small bumps like pictured and not what I thought classic hives looks like. I am also learning that urticaria and hives can look so different is everyone.

Kay Tinii Any thought from the Drs on mold toxins..?

M.E. Neal no mention of it yet. I hadn’t even thought about that. How would we test for that? He is the only one in our family of 6 that has anything going on. He is also the only non asthmatic in the house. I was successful at getting the ANA and IGG test done today along with a prescription for singulair. Next stop is the pediatric dermatologist.

Kay Tinii M.E. Neal Pretty sure an allergist should be testing for mold…..there are many types…..I came positive for more than one of the Apergillus types……The thing also is some people systems don’t react….Some of us do…..If test positive for mold …takes a lot of work on regulating a diet which will accomplish elimination of the mold toxins…..no magic bullet for this….please Google…..Mold toxin elimination diet….wishing you and your family God Speed

M.E. Neal Kay Tinii Thank you!I will definitely look into that. I know he was tested for some molds when they did the blood allergy test (Western panel and general IgE). His general IgE did come back borderline but all the specifics were negative. I am willing to change up his diet if it means keeping the hives away. We added singulair this week so I will see how that goes so we are only changing one thing at a time. 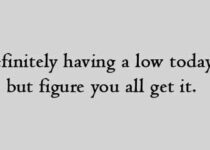