This morning, my case was presented at the areas Dermatological Society meeting. Each of us (patients) had their own exam room. We were asked to get into a robe (I chose not to because I had NO hives to show and I haven’t had any for almost 6 months now!). Many many many med students, residents, and doctors came in to discuss my case, listen to my story and ask questions. They were pretty amazed I went though all this while pregnant and with a newborn. They were amazed at how bad my pictures looked. If they only knew the pictures did no justice to the pain. I tried to emphasize to them how bad the pain was, how the joint pain and overall pain is excruciating, they were shocked at how drug resistant my case was and were so happy to see me hive free! I didn’t learn much, which I knew going in would be the case as the docs who came in all said I have THE BEST doctor ever. They said I was in the right place and I believe they all came to learn from me and my doc. I can only hope my presence at the meeting will help other patients. One thing I did notice was that the women docs were much more interested in my case than the male doctors. I’m not saying there were no male doctors interested, I’m just saying I did notice the attention more from the females. My doc is a male and he was shocked to hear that! Anyway, if you have any questions about the process please let me know! My diagnosis is Autoimmune Urticaria, Urticaria Vasculitis and recently Raynauds.

Marjolein Oakley How did you get your hives in control??

Kristen Soderberg Marjolein Oakley So long story but this started in pregnancy and got even worse post partum. After pregnancy they had me on Benadryl, Allegra, Zyrtec, Claritin and Zantac Multiple times a day – didn’t work, they then added plaquenil (April 2016), added Xolair (April 2016), in the meantime they tried cholcicine (didn’t work), cyclosporine (didn’t work) all why trying to give me breaks using solumedrol (prednisone doesn’t work for me), at the end of August 2016 I had my last flare and my doc said it’s time to start Cellcept because I had been on steroids for a year.
I started Cellcept 3,000mg early September 2016 (I was on low dose steroids to keep them at bay while I started Cellcept.
Weaned off the steroids slowly by October 17.
weaned off Cellcept by Christmas Eve 2016.
I then slowly weaned off all antibistimes.
Weaned xolair from every two weeks to every 5 weeks
I am currently just on Plaquenil and my last xolair shot will be in two weeks (only going to take half)

Jordan Else Ugh. Mine started in pregnancy too. Just last October. Glad to hear you finally have resolution. Sad it took so long to get there.

Kristen Soderberg Jordan Else awe I’m sorry to hear that Jordan. Are yours under control yet?

Evelyn Brethour This is inspiring. Thank you.

Jordan Else Kind of. We lost the baby and everyone assumed they would go away. They didn’t and I ended up in anaphylaxis a week after. Two months later, I think I’ve figured out that it is progesterone related. For a few days around my period they are constant and I have angioedema. We really want another baby, but they were so awful during pregnancy, I can’t bear the idea of trying again yet.

Kristen Soderberg In the Above comment, I listed what drugs they tried!

Tracey Pennachio thank you for sharing

Roxanne Bee This is awesome 👏 that you were able to do this. I had to giggle when you mentioned the pain from hives. I’ve had a very honest allergist ask me how I live with the pain. I later found out he has a rare disease too. It’s not every day your doctor just straight asks why you haven’t killed your self yet. Thankfully he kickstarted the process of finding answers.

Kristen Soderberg Omg! I’ve had to convince people this whole time that it is so painful

Jen Hays McLaughlin Congrats!!! What did the plaquenil do?

Kristen Soderberg Not sure what you mean?

Jen Neuhaus I can’t imagine my hives and being pregnant/having a new born!! I have seen 4 male allergists and now have a female. She is much more sympathetic and has a disease herself so I think that helps. One of the male docs was good but he went between patients and research so I couldn’t see him again. Awesome story!

Kristen Soderberg I think the key is that your doc has the disease. I bet she totally understands!!! 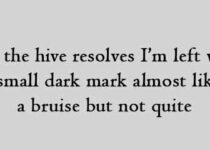 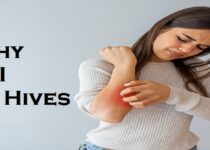