After weeks of hives becoming progressively worse following consumption of raw fish just after thanksgiving, my hives finally climaxed during a cold 2 weeks ago and started to decline again. I was completely hive free yesterday when I decided to have a strawberry yogurt for dessert. I typically avoid strawberries, raw fish, and wine as they seem to be triggers. Within minutes of finishing it my cheek started to swell and by the next morning my entire face was swollen and I’m covered in hives again. Frustrated.

I get that CIU and the various iterations of it are not a true allergy but can someone please explain to me then why certain foods are capable of such significant mast cell degranulation?

Florentina Aurelia Ceausu Hi, sorry for what happens to your face . The explanation is that those food have high dose of histamine in them; independent of allergy is an enzyme called dao

Margaret Crider Hi Florentina, thanks for the info. As for the high histamine levels, my difficulty in understanding/accepting this is due to the fact that I consume several foods that are considered high histamine that don’t cause these types of reactions. My immunologist went as far as saying “eat whatever and drink whatever you want, you aren’t allergic to anything.” While he may technically be correct, there’s clearly a correlation between certain foods and flare ups. Others have likened it to a bucket filling with histamine and that it’s more about capacity than particular foods. This still doesn’t make sense to me as it seems to be the same foods that cause these triggers which would indicate it’s these particular foods over anything else. As for the DAO, I recall reading about this when I was first diagnosed last year and will need to read up again. Do you by chance take a DAO supplement and if so how do you like it?

Margaret Crider Hope it works out for you

Kelli Wagner All 3 of those things are either high in histamines or aid in the release of histamines. It may not be that you have a food allergy to any of them, but your histamine levels are high and these foods put you over the edge.

Margaret Crider Hi Kelli, thanks for responding. I was just explaining to Florentina how I don’t necessarily understand/accept this explanation because I eat so many other high histamine foods without reaction.

Kelli Wagner It seems so impossible to figure out a definite reason or cause. I had hives on and off for 12 years and I figured somehow diet played a role and then they went into remission for 7 years and I thought they were gone. Now that they’re back I’m just now following low histamine for the first time I’m doing something that seems to make a difference but I know that can change so abruptly. For those seven years when I had no hives I could eat and drink whatever I wanted with zero issues . So frustrating.

Margaret Crider And that’s what I had heard/read, that while in remission, foods that were previously off limits were then safe to eat. I suppose I should ask what remission meant to you?

Kelli Wagner I didnt know I was in remission, I didnt realize it was temporary. I had a hysterectomy and hives never came back, figured it was a hormone thing A fluke. Imagine my emotion last April when they came back So disappointed but determined more than ever to figure it out. One of the first things I did was take to social media and try to find help and that’s when I found this group, which has been a Godsend. Back when the hives started in 1997 I didn’t know anybody else with the same issue

Karen Burns I have not had this happen since I began to limit dairy soy and gluten. My son had this happen to him after eating a big calzone from a local pizzeria. As a side note, red wine, berries, pickled foods, spicy foods and tomatoes are big triggers for my hives. 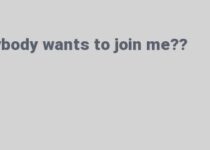 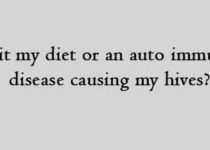