Hello everyone, i have a question maybe one of you or some of you can answer. My son was diagnosed with urticaria pegmentosa when he was around 6 months old, he is now almost 5. Within the past couple years he doesn’t have outbreaks as bad as he used too. Usually only when he gets really cold or way to hot but still he only gets a few blisters instead of his whole body being covered. He doesn’t have to take Zyrtec anymore because the outbreaks aren’t bad anymore but i do still get his mucerin and hydrocortisone creme as well as benadryl from his doctor.

But my question is, why is it when we visit Texas or Louisiana my son literally has a HUGE outbreak within the first day of visiting vs when were at home he barley breaks out? We go to Texas/Louisiana every year around November and we ALWAYS end up at the hospital when we return home because he’s so covered in blisters and miserable. I usually start him on zyrtec a little over a month before we go so his body can fight off the histamine overdose but it doesn’t help and neither does the creams or benadryl. Again, this is only when we are in Texas or Louisiana at home he barely breaks out anymore. I have started to think maybe its something in the air there vs here. We leave Tuesday for our trip to Texas and I’ve been freaking out the past couple months because i know he is going to have and outbreak and i don’t know what to do to prevent it..

Sorry this is so long, i never post in here but i figured maybe someone has an idea of maybe why this happens

Evelyn Sandor I’ve had ICU for 10 years, but as an adult. I am convinced that this is a systemic problem, in other words it’s my own body causing this condition not something in the environment or something I eat. When I have an outbreak, it is usually bilateral, for example if my right thigh gets hives, them my left thigh will get hives. I have been blood tested for autoimmune diseasse, thyroid disease and have had a puncture test to rule out vasculitis, but always test in the normal range. Heat and cold will trigger hives. At the onset, itching is followed by extreme burning sensation. I take the same regimen of antihistamines as others post, but my only relief comes from steroid creams as a last resort. Someone posted that, “hives need an audience”. I have found that getting involved in something satisfying and distracting is good advice. Good luck with your child.

Sasha Reis Is it much hotter in Texas and Louisiana then where you guys live? Since heat is a trigger for him and many others.

Tiffany Dubois Its hotter in Texas during the Summer then it is where i live. We usually go when the temps are the same as where we live, but it is more humid there then at home

Evelyn Sandor I moved from SW FL to Las Vegas NV so I am nearly always in heat, both humid and dry. This is when my issues started. However, I do not believe it’s climate. My brother lives in CT and has this problem. May be a hereditary issue? I have both hives and a rash similar to your child’s.

Julie Piskin I am curious how long the blisters last? Also, when they come on do you notice a waxy film or hair growing around/on them? My daughter gets these and I really believe it is caused by something inside her body. We live in Illinois and we went to Texas last July. She didn’t have any blisters but we were so careful. She has to wear long dresses, sunscreen, a big sun hat, a jacket and sunscreen. After we came back she was so sick. We just recently found out that she has hids. This is in addition to fmf, solar and physical urticaria. Locally, most doctors have just told us we are crazy but I took her to Mayo Clinic and they have us on the right path.

Tiffany Dubois When he first breaks out it looks like a bug bite except its swollen, hard, and hot to the touch. Then it will get irritated and turn into a blister filled with liquid. The blisters dont look like the kind of blister you get when you get burnt or from shoes rubbing. Its like it shows up and instantly starts leaking and will do that for a day and then it will turn into a brown spot. Most of the time the blisters get infected if i dont catch all of them in time to put a bandaid on them
I absolutely hate that our kid’s have to go through this. They should be able to have fun and not worry about having to take
all of this medicine.
We have been to many hospitals and pediatricians and when i tell them that he has a skin disease and what it is called and what it looks like they completely ignore me. When his spots get infected we have to take him to the doctor and we tell them what it is and that its infected and he needs an antibiotic, they always say this is a bug bite and it is infected.
That is why he is without meds right now because every doctor we have come across just says it is bug bites when it clearly says in his medical records that he has a skin disease, and what it is called, and the meds used for it.

Evelyn Sandor My Alllergist asked if an individual hive lasts 24 hrs or less. Mark a specific hive. Other hives may appear, but concentrate on one specific site. A single hive will only last less than 24 hrs. Although other hives appear nearby, one single hive will only appear less than 24 hrs. This is vital for a doctor to determine if the site is actually a hive versus pursuing other explanations. Hope this is helpful. Good luck.

Julie Piskin It sounds like my daughters. She was sitting at her desk at school and had several bug bites. No one else in the room got them. The school called me and I went out and of course I finally got them to realize how crazy it was to say only she got attacked by bugs and no one else. I have been told by some doctors that she is causing this herself. My husband and I watch them come on, so we know that’s wrong.

Catherine Oakley wouldnt be nerves or excitement wud it?

Stephany Boyles I would say that it’s caused by travel and excitement or nerves. My son had asthma when he was younger and anytime we traveled or he experienced change he would have an asthma attack and get sick. Maybe as time goes on and he gets more used to the trips it will get better? I’m not 100% on whether this is the cause but it could provide some insight as to why. Hope the trip goes well for the little guy. Good luck!

Emily Gonsalves Might be allergic to something where you’re visiting. Possibly a pollen?
I know I’m allergic to a weed that grows in California and Oregon for example, but I don’t react as much to stuff that grows near where I live. 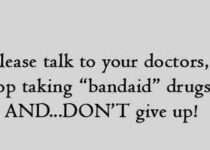