I got a call today while at work that my two year old broke out in hives. But I’m not really sure as my hives have never been a giant circle like these. He’s scratching them and they feel like hives all raised and a patch on his thighs look like the hives I’m used to having. What do you think?

RAIN PHOENIX RAE ive had like these before..and it hurts.

LYNN LUCAS GOULD That’s a hive I once had on my arm, it went around to the other side too. And Rain is right, they hurt. Poor little guy

EUGENIA RACIOV Search his vitamin d level..menthol and aloe vera help with the itching..maybe also antihistamine fenistil or sth else.

JULIE PELLETIER Mine are always like that. And for me its not that much pain, but really itchy.

CAYLA COX I ended up taking him to the ER last night. It got so much worse. All over his body. They gave him a one time steroid med and some Benadryl and said it was in fact hives. Were going to follow up with his pediatrician and then hopefully an allergist to figure out why hes reacting. Hes never had an issue with hives before. But I have hives almost daily so Im wondering if its connected somehow. Then again Ive had mine for almost a year.

TAYLOR STELLY PLEMER Ouch when I get hives that bad I take 2 Benadryl and rub the hive with Benadryl cream along with my usual antihistamine regiment of course. Keep the Benadryl cream in the fridge, it feels sooo good. Good luck! 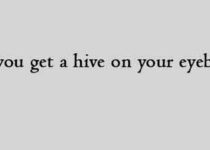