Woke up this morning with swollen lips and hives covering my whole body. I have been calling out of work lately because I’m too embarrassed or too itchy to go in. How does everyone else deal with still going through the day with work and school? I take 10 different pills a day to try and not have this when I get up and I still do it’s beyond frustrating

Sue Peters Im sorry…geesh I wish the medical research community would really get a handle on this..

Mirwat Nouh When I wake up with swollen eyes or lips, I noticed that they look a lot better within a few hours. Is it possible for you to adjust your work days, maybe go in later, stay later?

Beth Carrier Fye There have only been a few times in my life when I missed work. Embarrassing, yes won’t deny, but I found work a distraction to the itching most days.

Beth Carrier Fye Dave Dev I think some of mine had more to do with the drowsiness of medication before they came out with non-drowsy versions. The benefit of having such a long history of them is realizing as bad as they are, it used to be worse, except the cost in US. We used to have to fight insurances and doctors for meds that are now over the counter. There were no support groups like this. I felt so alone not knowing anyone else that could understand. Google search is such a blessing now to find research and possible alternative treatment.

Dave Dev OMG, the drowsiness of hydroxine. Had no idea of the effects of it when i first tried it. Was hitting 6 to 8 a day! One time woke up, just in time, in the oncoming lane with a school bus coming at me, as i drove home from work… really learned about timing them after that…close call. Worst part of it, when I told the immunologist he said “If hydroxine was going to work for you, it would after just one pill. ”

Beth Carrier Fye Dave Dev yep, that’s all I had in the 70’s and part of the 80’s. Even when I took it later in my hive history, I would take it at night and wake up with a hydroxyzine hangover. That’s what Zyrtec does to me too. Allegra has been my savior.

Pam Kolpack Simmons I feel your pain. I’m in the same boat this morning. Can never figure out why. But I’m still working on it. Try and smile and get through.

Anna Sam Rivera So, I was exactly the same as you. I did not have the option of missing work as I am a single mother. That’s why I ended up staying on the prednisone so long until finally I got in xolair. I mostly had hives on my body where I could cover them but they were so painful 😪. When my face would swell I would stay home and I had a very understanding boss. Then I started xolair injections. It took about 4 to actually work but now I can get them every 6 weeks. Have you talked to your doctor about xolair?

Or Har-Gil It’s been a struggle for me too. On days when I can go in to work, I find it a helpful distraction. Some days, it’s too bad and I call in sick. Not ideal.

Charity Hertzler I applied for and got what’s called intermittent FMLA for when I have a bad flare. It allows me to miss work if needed and they cannot count it against my attendance. Your doctor will have to fill out some paperwork. See your HR department for details.

Eva Shakmak You poor thing. I’m a good deal older and uglier than you and I hate going into work with a swollen face. I do it because the alternative (sitting at home feeling sorry for myself) is way worse. I have found that a few things help. 1. The swelling looks worse to you than anybody else. 2. People in shops etc. who don’t know you probably won’t notice and frankly don’t matter. 3. Just make a joke about it to your colleagues, chances are they will get over it quite quickly and learn to ignore it. I always tell my lot that my anti-aging treatment went a bit wrong 😉 fwiw, I have found that a diet of vegetables and vegan protein such as tofu with no dairy, nuts or meat has helped me get things under control. Even the tiniest amout of dairy in a product sets me off even though I’ve eaten it without issue for my entire life. However we are all different and what works for me won’t work for everybody. Hoping things get better for you. 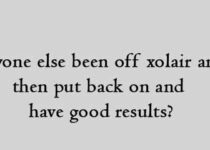