My teenage daughter is a dancer and needs a pain reliever for her back, which she injured last September. Tylenol does nothing for her and she can’t take nsaids like Advil because they aggravate the hives. Is there anything I can give her to get her relief? She dances 6 days a week, about 25-30 hours a week. She’s in so much pain, especially during long competition weekends. We do ice on the ride home, and she recently has started taking turmeric and cinnamon supplements daily to help with inflammation. It’s just not enough. Please and thank you!

Donna Sheilds Can I private message you?

Melissa Sassa Omg. Reading this was like reading my life. I have multiple fractures sustained from a seizure about 8 years ago. I actually had no idea how bad the pain was until I had to stop taking ibuprofen. I was taking it up to 4 times a day and it really kept the pain away. Tylenol… I might as well swallow a tic tac for all the good it does. I’m still trying to find something that works. Recently started physio but I feel like the pain has worsened. I lay on a heating pad every night. I place ice packs my neck when it’s sore. It sucks. I’m even thinking of trying CBD. But If you find something that works for her, pls share. Lol

Janet Cataudella Peburn I’m so sorry, that’s very frustrating. I wish I had answers. Someone on here has to know something about what can be used for real pain relief!! Wishing you well, Melissa.

Leah Louise CBD oil 🙂 it’s amazing stuff. There’s also an oil I use but can’t remember the name, I’ll find out later and let you know. The oil is an essential oil, I dilute it with avocado oil (I just like the smell) then rub it into where hurts and within a minute the pain eases.

Amanda Jones What is CBD?

Janet Cataudella Peburn Amanda Humphreys Jones it is oil made from hemp, but it’s not the same things as medical marijuana. My good friend gives it to her young son, who used to suffer from multiple daily seizures and the seizures have all but gone away.

Jenna Hyde Tramadol is my pain relief…. not the greatest Like a nsaid but it helps a little bit better than Tylenol.. it’s prescribed by my reg dr… I also sometimes take gabapentine … might not be spelled right lol… 100mg I take 3 at a time it’s for nerve blocking and used as other stuff too…

Kali Funderburk If NSAIDS aggravate her hives and Tylenol doesn’t work for her, I wonder if she’d be able to use an essential oil pain blend diluted in a carrier oil (a roller bottle is a great way to apply it). I highly recommend both Plant Therapy and Eden’s Garden – they test their oils for purity and make the results available to customers, are reasonably priced, and follow safe usage practices. They both have pre-made pain blends, or you can get several different single oils to make your own. It’s actually a good idea to have a couple different blends to rotate between.

Emily Gonsalves Talk to a doctor about trying a cox-2 inhibitor. It’s a different class of nsaid that has less reactions so she might be ok with it.
I take celebrex and it’s fine for me, but I only take it a few times a month at most so your daughter might need a different one. It can be hard on the liver.
Does she take omega 3-6-9? I find that helps my pressure urticaria. It’s an anti inflammatory supplement you take daily. I take 2 per day of the Jamieson one.

Janet Cataudella Peburn She occasionally takes a fish oil supplement for extra Omegas, but I need to be more consistent with remembering to pull it out for her. Thank you.

Leah Nicole Shuler It depends on what kind of pain she is having. Is it joint pain, nerve pain or muscle pain? There are prescriptions that address all of those. Lyrica is good for nerve pain. Diclofenac or Celebrex for joint pain, Flexeril for muscle spasm. Has she considered not dancing for so many hours per week if it causes her that much pain? It’s really hard to let things go after an injury, I understand. I have been there.

Janet Cataudella Peburn Scan images show she has bulging discs in her lower lumbar from doing a lift incorrectly back in September and it hasn’t really healed correctly because she can’t sit out long enough (needs several months out) to heal it. She’s on a top competition team, and they’ve made some accommodations for her but they’re not happy about her injury. I have been encouraging her to cut back next year, but she would sooner stop breathing than stop dancing!

Elisa Gordon Janet Cataudella Peburn I recently had lower back surgery after herniating my L5 disc. Getting pain meds right is critical and also very difficult as nerve pain is very hard to get under control. Before surgery I was on a cocktail of all the drugs….it just depends how bad it is. Mobic was great as I said earlier. Also there’s an anti depressant that is also used for nerve pain which coincidentally helps with hives. Might be worth an ask at the Dr?

Janet Cataudella Peburn Elisa Thompson yes, it’s called Doxepin. She’s on a fraction of the dose, .5 of 1ml, and it’s done a great job controlling her hives for two years. It’s not a pain reliever, though. Is mobic safe for kids?

Elisa Gordon Janet Cataudella Peburn the poor girl, I seriously feel her pain. If it’s inflammation pain the mobic is worth a shot. I didn’t get any flare up at all from it. I just googled ‘antidepressants used for nerve pain’, if that’s causing the pain then Doxepin is in the list.
I’d hate to say it to her but I agree with you, having had bulging disc issues for 20 years, rest and rehab are the only real options. 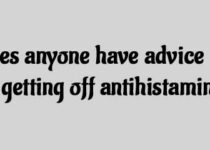