Well, I’m not sure who to talk to about this so I’m coming here. I’ve been in remission from CIU for about 2.5 years thanks to Xolair. I was told during that time that they believe my hives to be caused by an autoimmune disorder, probably lupus based on my blood work at the time…well I’m still experiencing joint pain and fatigue and even angioedema in my hands! So I’m trying to see a doctor about what’s going on…now my blood work is inconsistent and my ANA is negative, no raised inflammatory markers. Mind you, my other blood work was done WHILE I debilitatingly flaring from hives. She thinks I have fibromyalgia and that I was misdiagnosed with lupus. I do have TMJ and IBS symptoms as well as mental health issues, it honestly makes sense…I won’t know more until the rheumatology referral goes through my new insurance.

Has anyone struggled with this? I’ve been diagnosed with so many things but beyond “autoimmune” I feel like I’m getting so many shrugged shoulders. WHY ISN’T THERE MORE MONEY GOING INTO AUTOIMMUNE DISORDER RESEARCH. Anyway, my brain is doing circles. I hope you itchy people are finding some relief somehow, I think of you all daily and sometimes feel guilty coming here when I no longer have hives everyday. I try very hard to root myself with gratitude and not take it for granted because tomorrow could be different.

Lisa Marie My CIU is autoimmune. I have hypothyroid. I have many other symptoms that indicate Lupus, but doc only did ANA test once (not during a flare) and it was negative, so no answer there. It’s so frustrating. Hives are ok right now with Xolair and levothyroxine still being adjusted, went up to 125 a couple weeks ago

Alana Reihl They said mine was autoimmune too. My blood work was fine. So far xolair is saving my skin, and sanity

Jane Jones I was dx fibromyalgia about 6 yrs ago, CIU I’ve suffered around 3 yrs!!! 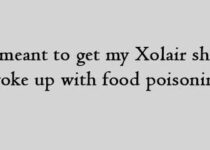