I am new to hives & can’t imagine doing this for months or even years!!! I have no idea what is causing them and can’t think of anything that I have changed that would have brought these on. I ended up in the clinic after a sleepless night & had a steroid shot, that lasted for little more than 24 hrs. I have read online that people with fibromyalgia often suffer from chronic hives, but my neurologist says that isn’t so. The dermatologist prescribed some steroid cream and told me to up-dose antihistamines. She also said that I should go to an allergist, so I’m going to try that & call my rheumatologist for an appointment. Does anyone in this group have FM or other autoimmune disorders whose doctors recognize a link to urticaria?

TAMMY KRUGER Stupid dots. I feel your pain. Iv been struggling a while now. Alkaline powder has been making the dots less. It’s been a full week. They look less.

JAIME LAMBDIN DONNER My 8 year old daughter who has been battling chronic hives for a year went through every test imaginable. They even tested her for some weird bacteria that supposedly can cause hives, nothing. No autoimmune, all tests came back fine. Obviously it isn’t since she takes four different medications throughout the day to control them
I am sorry this has happened. It is awful but understand that most people here understand and are support because we don’t have answers either. :(.

MEG MURILLO There does seem to be a connection between UIC and other autoimmune diseases, but doctors can’t seem to find the connection. UIC is also an autoimmune disease itself. My hives started in 2011 and in 2013 I was diagnosed with Cutaneous Lupus. I’ve seen a dermatologist and an allergist, neither helped me. Steroids do nothing. Best solution is to find a combination of antihistamines that work for you and look into the Paleo diet for possible Candida overgrowth. I really am sorry that you are struggling with this too. It’s very frustrating and stressful.

LAURIE MACKENZIE RAMPLEE Hi Christy, I have both fibromyalgia and chronic hives. I have not had any of my doctors tell me there is any correlation between the two. Doesn’t mean there isn’t; they probably just don’t know. My allergist had little to say, just that we sometimes never know why the hives happen, and to take a 24 hour Clariton and a 24 hour Zyrtec every day, 12 hours apart. Sorry I don’t have anything useful for you, but just letting you know I have fm and chronic hives

LIZ KING H Pylori and iron deficiencies seem to be typical among Hivers, I’ve been treated for both but still have hives, 8 years now. Chronic idiopathic urticaria and angio edema are much like an onion, many layers. Be prepared to see many doctors for many tests and become your own research hound advocate. Welcome to this site, there are many many resources and tons of validation

PAMELA SHIFLETT Vasculitis, lupus, sjogrens, h plylori, and chronic urticaria are all of the ones i know now w hives. Ive had hives since july last year.  good luck! There are many many others. 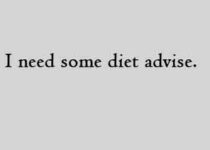