Many people are unaware of it but hives are an allergy that one can suffer from daily. Even though most people think that the hives on their skin are like blisters, however, they are wrong. The truth is that hives are red patches on the body that are a sign of swelling because of the immune system overreacting to something in the body.

I’ve been getting hives on and off since I was a kid. I used to get them all over my arms, legs, back, and neck. They were extremely itchy and sometimes painful. Although they haven’t completely gone away they do come and go now and then. For me, getting hives is incredibly distressing especially if they appear in public. Due to this, I decided to look into why I had been getting hives so often.

Why Do I Get Hives All The Time?

Hives are a type of allergic reaction that causes your body to release histamines. Histamines are chemicals that help your immune system fight off foreign invaders, but when they’re released in large amounts, they cause the blood vessels to expand and contract.

So what causes an allergic reaction?

An allergic reaction occurs when your immune system reacts to a foreign substance that is perceived as dangerous by the body. The most common cause of allergic reactions is pollen from trees, grasses, and other plants. In rare cases, food allergies can also cause hives.

Hives are raised patches of red skin that usually appear suddenly and last for less than 24 hours. They may be accompanied by itching or pain. The size and shape of these patches vary from person to person but they typically have a uniform appearance (i.e., they look like they’re part of one big red patch). When you get hives, your immune system releases histamine into your bloodstream to fight off whatever it thinks is making you sick which causes the redness and swelling in the first place!

This can cause inflammation and swell at the site of the hives, which is why you get bumps on your skin when you have hives.

Hives can be caused by many things, but most often it’s due to an allergic reaction to something like food or medication. This is called an IgE-mediated response, which means that your immune system thinks something is harmful and releases histamines in response.

In other words: Your body thinks it needs to fight off an invisible threat!

If you suffer from chronic hives or if they come back after they go away, talk with your doctor about what might be causing them. You may want to try avoiding some foods or medications and see if that help.

If your hives are caused by an allergic reaction (and they probably are), then the best way to avoid them is to remove whatever food or substance is triggering your body’s immune system. For example, if you get hives when you eat peanuts or shellfish, then you should avoid those foods to prevent future reactions.

Another option is to take an antihistamine like Benadryl before eating the food that makes your skin flare up so that it will have less of an effect on your system. This is especially helpful if you know that eating certain foods will cause a bad reaction later on in the day or week when other people come over for dinner (or whatever). 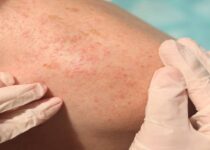 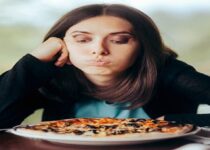 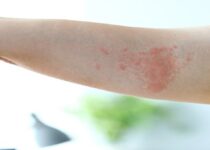