I have a WWYD question.

I started getting hives June 5th of this year. They got pretty bad and covered my torso, chest, arms and legs. They were moderate – bad from June to August. Starting in September, I still got a lot of hives but they were generally smaller than before (and also started getting occasional angioedema). Since then they have slowly gone down to almost no hives and angioedema hasn’t flared up. I mean, I still get a few small hives here and there, and sometimes I get pressure hives from my bra or on my waistline, but it’s like I’m almost normal again (which is awesome!). This is my dilemma/question:
I was eligible to participate in a clinical trial for ligelizumab starting this month (or whenever I decide). Part of the requirement is that I get at least 7 hives a day. Some days I think I don’t even hit 7. Also I never know how to count my pressure hives, because it’s like one big hive that wraps around my body. Would you still try to apply for the trial? Would you wait until you were back to having a bigger flair up? Thoughts?

Suzie Marie
Personally I would not not participate.

Amy Berro
This practically describes my hive situation, still no answers. What could it be?

Holly A Pelt
I would not participate unless they got a lot worse. Those drugs have a lit of side affects. Also your situation is very similar to mine. Mine have almost gone away for which I am so thankful to the Lord. I still get minor angio edema most nights. But I have cut my Allegra from 4 a day to 2 a day with famotadine twice a day. Good luck. 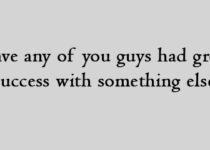