I was wondering does anyone have “triggers” that make the hives get worse? Mine is Ibuprofen. If I take even one I blow up. So bad in fact that I start to have trouble breathing. The strange thing is when the hives go into remission I can take it without a problem. I told my doctor about that and the look on his face told me he thought I was nuts.

Nicole Dye Ibuprofen is one of the things listed that can cause an anaphylactic reaction when dealing with this. I had a full blown reaction to ibuprofen and had to go to the hospital 16 years ago when I first had issues with chronic hives. It is listed as an allergy in all my medical files and my allergist informed me it may not be a true allergy but to not even try it, especially now (on month 4 of this round of hives).

Rebecca Fic Odell I have it listed as an allergy too. I’ll risk chocolate, avocado, kombucha and olives when not in a flare, but not Advil, ever again.

Odyn Reekers Doctors should advice not to take it! Mine didn’t, I was in a lot of joint pain when it first started, I took ibuprofen and end up 10 times worst! I had no idea until I join the group!

Pilar DeMann Tylenol is the only “safe” headache medicine. I went to hospital after taking Advil

Jessica Mount Any nsaids, opiates and many antibiotics do it to me. I was told not to take any of them because I get wheezy when I do sometimes.

Debi Bailey Towle My daughter landed in the ER (twice) after taking Advil. No more ibuprofen for her!

Andrew Turner I’m still trying to figure out what my triggers are. The doc suggested cutting out ibuprofen as I used to take it a lot but I’m still getting outbreaks. Going from hot to cold seems to cause problems for me too

Meghan Reynolds You are definitely NOT nuts. We know our bodies best. I am tracking things in a journal/food and Med log to see if I can pinpoint specific triggers. I can not take Tylenol or ibuprofen. I am supposed to take naproxen, but noticed in my log that the days I had to take that I ended up with a stomach ache and itching and a flare up sometimes. So I’m now avoiding that and just going to try not taking anything for headaches or menstrual bc I’m concerned meds are a trigger :-/

Jaime Bundy My consultant said they don’t no why or how but all NSAID’s are known to make it worse, be it they last longer, are more intense or flare more often and you should avoid them at all times pretty much forever now. Bit of a pain as that was what helps with my migraines!!

Brigitte Metzger Harding without fail I’ll get them with a combo of travel, sickness and going off a keto diet. I know NSAIDs aren’t great for hives, but I do have to take it during a flare bc they attack my joints and make it so painful to move or use my hands

Jen Yankauskas My doctors have said no more NSAIDs, unfortunately I do not listen. They actually have no effect on my hives. Pressure really trigers my hives and hormones. After I had my kids they got A LOT worse, but would get better in a few days with medication. Now that I am on xolair, it’s just the pressure every now and then that will trigger them.

DiLisa Donald Stoop I can go into remission also and I have no allergies or sensitivity to anything but when the hives return I’m sensitive to most things. I can’t drink any beer or eat spicy food among a lot of other things while I’m having a flare. I had to change my detergent to free and clear also. 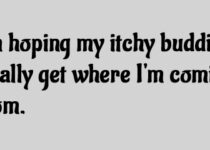