My hives started about 4 and 1/2 years ago. Just today my oldest son 6 years old flared up. I’m hoping he doesn’t have what I have. Anyone else on here that the parent and child has CIU?

Erin Courtney Dodge I am so sorry. This I’d one of my biggest fears for my 2 girls. It has not happened for us. But they are 4 and 8.

Emma Fitzpatrick Poor thing! I really hope he doesn’t have to suffer with this awful disease . something I fear for my children x

Alisa Fogelberg Messeroff It’s the only thing preventing me from having a child I’m too scared I could pass it on. Praying that it’s just a coincidence and he is fine

Tamara Beth It’s a major concern of mine too. Have you spoken to your doctors about the likelihood of passing it on?

Alisa Fogelberg Messeroff Tamara Beth My doctor says she doesn’t think I would be able to have a baby because even my organs swell. She does not think I would make it through the pregnancy.

Anna L Eisenhauer It can be herediary. Check out Vanesa Williams ducumentary LIKE WITHOUT A FORK. She is also onfacebook under life without a fork.

Mike Schwieters Yes my daughter has her third flare up .She s now 29.My son too

Lindsey Scheer I have CIU and also my 14 year old and 6 year old daughters do. Also all have dermographism.

Ryna Yamada Thank you all for your thoughts and responses. It was a rough nite with all the itching. Hoping its just a reaction to insect bite. Aloha

Linda Lee-Willix I think my son had CIU too. He doesn’t have any now but, have hives for more than 6 weeks a one point. My son is now 6 years old. I didn’t know I had CIU until I had my 2 baby.

Ana Garcia My son has heat induced hives. As soon as he breaks a sweat they stop

Jo Richardson My daughter (16) has it. Luckily she has it mild so far, but I was that way until I got out of control about 7/8 years ago.

Allison Ward Yes I had this for about 6 months, woke up one day and it was gone but my son had it instead. He was 8 years old, 9 now he’s had it a year and a half. His isn’t anywhere near as bad as mine was, my hives were out 24 hours a day for 6 months while his appear every fortnight on his face stay there for a few days and then finally go away but they don’t bother him and they don’t itch. My sister also has this. There must be some common link although I’ve been told by my doctors is coincidental but i don’t believe that. I have two younger children and I pray they don’t get this too. I’m sorry to hear about your son I hope they go away soon x

Sasha Reis Yes myself and my 2 young children 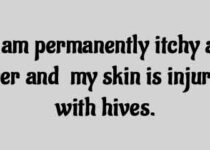 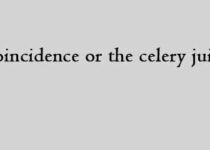