Hello , I wanted to share my shoulder/arm. I was dx with lipoatropy from steroid injections to counter my hives. I received 3 shots from August to October. The steroid injection killed the fat in my arm- sounds ok until you realize it will always be this way as the fat is gone- permanent. The doctor or I can now feel my tendon that holds my biceps to the humerus. It is tender to say the least. Steroids are not good and need to be used at little as possible.

Jill Feulner I received a steroid injection on my hip/back area. I have a dent as well. My dermatologist said it will likely come back but may take a while. He offered to inject saline to speed it up but I didn’t want to do that in fear of it causing hives.

Meg Murillo The very same thing also happened to me on my hip/back area. It did fill back in after about 2 years. Now its back to normal again.

Jill Feulner Thanks fo sharing! That’s good to know. Mine appeared in August.

Michelle Daddato Poole Meg Murillo thanks for the good news!

Michelle Daddato Poole I saw an orthopedic as we thought I had a muscle problem. She has seen this before because people she sees get steroid shots for painful joints. The doctor said I should get all steroid shots in my buttocks unless I am a bikini model. Lol

Samantha Fahy Pills r actually stronger than a shot. Sorry u had to go thu that.

Meg Murillo For those that have this, rest assured it will return to normal! I had the same thing from a steroid shot on my lower back/hip area and after about 2 years the fat filled back in. The area now looks completely normal again 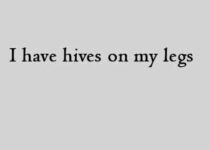